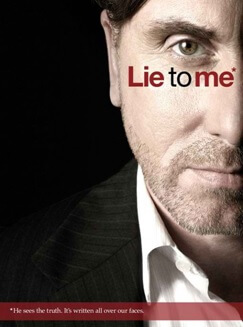 When was the last time you knew that you were being lied to for sure at work?   Was it by your boss or coworker?  You may be very surprised at just how common we are all being lied to at work and the destruction that occurs from this poor communication and relationship thief!  There are some amazing statistics that support the growing cancer of caustic communication in the workplace.

Carol Kinsey Goman has written a very powerful book on the destructiveness of lying in organizations and what to do about it. Her research has found that 67% of workers don’t trust senior leadership, 53% of workers say their immediate supervisor regularly lied to them, and 51% of workers believe their co-workers regularly lied. That is epidemic proportion. With that much deception and its deterioration of trust, much more will be lost than a flock of sheep.

Do you actually lose sleep over consternation and fear over the fractured relationships at work due to lies, deception and mean spirited bosses and coworkers?  Is your health being affected where you have become lethargic or depressed over the lack of tools, systems and processes for moving through common broken matters such as this

I learned a very important escalation theory by John Gray a very good author of self-help books.  His theory of the 4 R’s of relationship failure tell a compelling story as it relates to terrible communication deception in the workplace.  The 4 R’s are represented as follows:

When we first encounter those who bring us deception or lies we move almost directly into a state of denial.  We sluggishly live in a space of thinking this can’t be happening, it isn’t real!  We resist the facts right before our eyes because the assault is so blatant that it is blinding.  When we don’t resolve matters a the level of resistance, we slide into the second R, resentment.

We begin to resent the boss or coworker who has the audacity to lie to us directly in front of our face and makes us shake with terror to ponder what kind of damage and deceit they are bringing us behind our backs.  Since we don’t typically have the tools, systems or processes to resolve the matter resentment sets in until it matures into the third R.

The third R can be deadly long before we get to the fourth R.   The third R is rejection.  We reject anything the liar offers up.  We reject being in their space, being near them or interacting with them in any fashion.

We make veil attempts at hiding the first three R’s and often times we fool ourselves into believing that the deceitful perpetrator doesn’t know our true feelings of wanting to run like an Olympic sprinter away from them.   Rejection typically moves into being asked to leave the job.  You often get fired.

If you are allowed to stay in the caustic environment and the rejection isn’t resolved it slides seamlessly into the final R, repression.  We then repress all of our emotions, inclusive of the first 3 R’s of resistance,  resentment and rejection.

Once we enter the fourth R we are toast!  Stick a fork in it, you are done…You have executed a deep dive into relationship graveyard and the party is over, cancel Christmas.  At this point you may have lost your job, personal relationship, out of touch with your kids and other family members.  We will explore more of the fourth R and the communication and deception in Blog Part II of our next Blog series.

You have Successfully Subscribed!

By signing up, you are accepting our terms of service